This bathroom had been badly designed.  It was completely open to the master suite, with no separating wall, and a spa tub which rarely got used and felt like a waste of space. The shower was extremely small and located in a separate walled off section about the size of a linen closet, as was the toilet beside it. There was also a complete lack of storage.  All of these things made for an undesirable master bath. 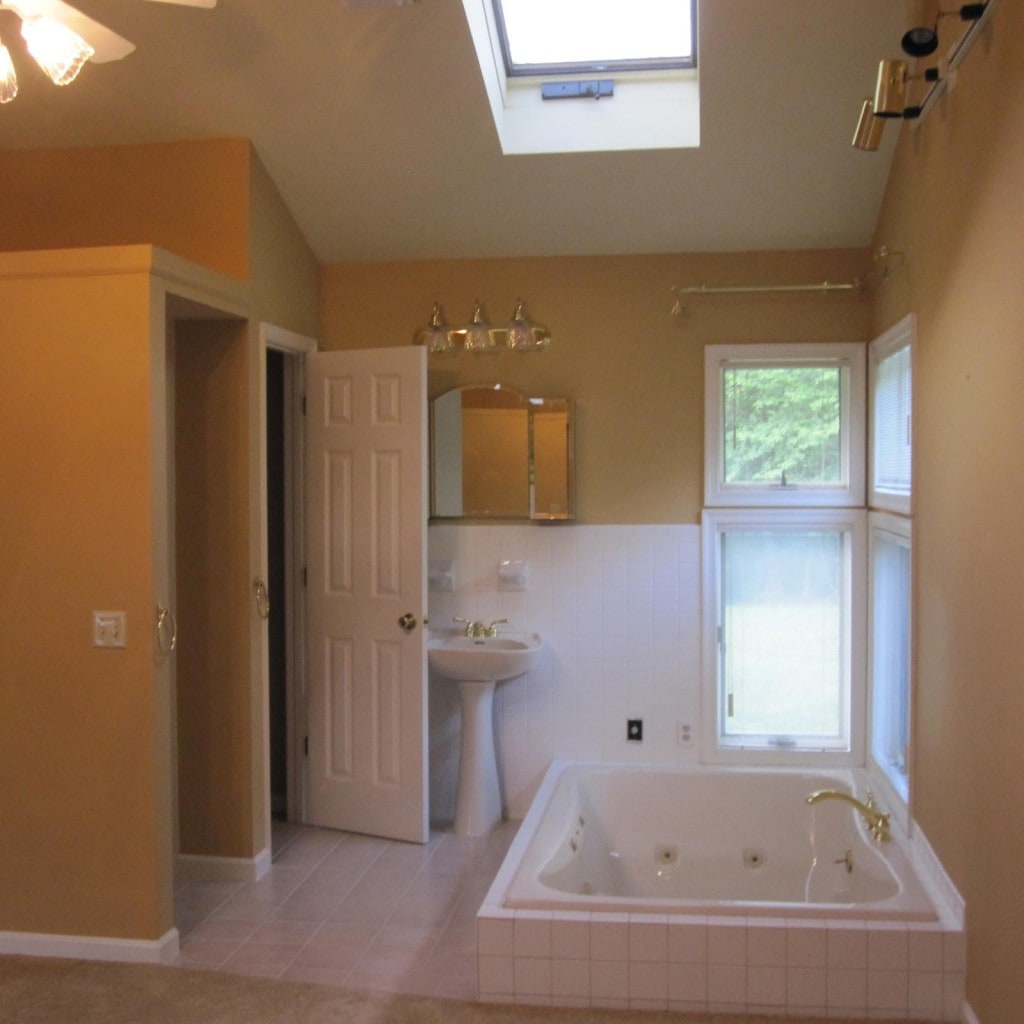 The goal was to substantially increase functionality and beauty, create a greater division of space between the bathroom and the bedroom, and keep as much light and airy feel as possible in the process.  A new wall incorporated a segment of glass block to allow light from the windows beyond into the space while creating a separation for the the bathroom area. The spa tub was removed, a new tub/shower installed, and a new vanity backed by a partial wall to separate the shower and toilet area from the front of the bathroom. The end result was a space that was both beautiful and much more enjoyable to use. 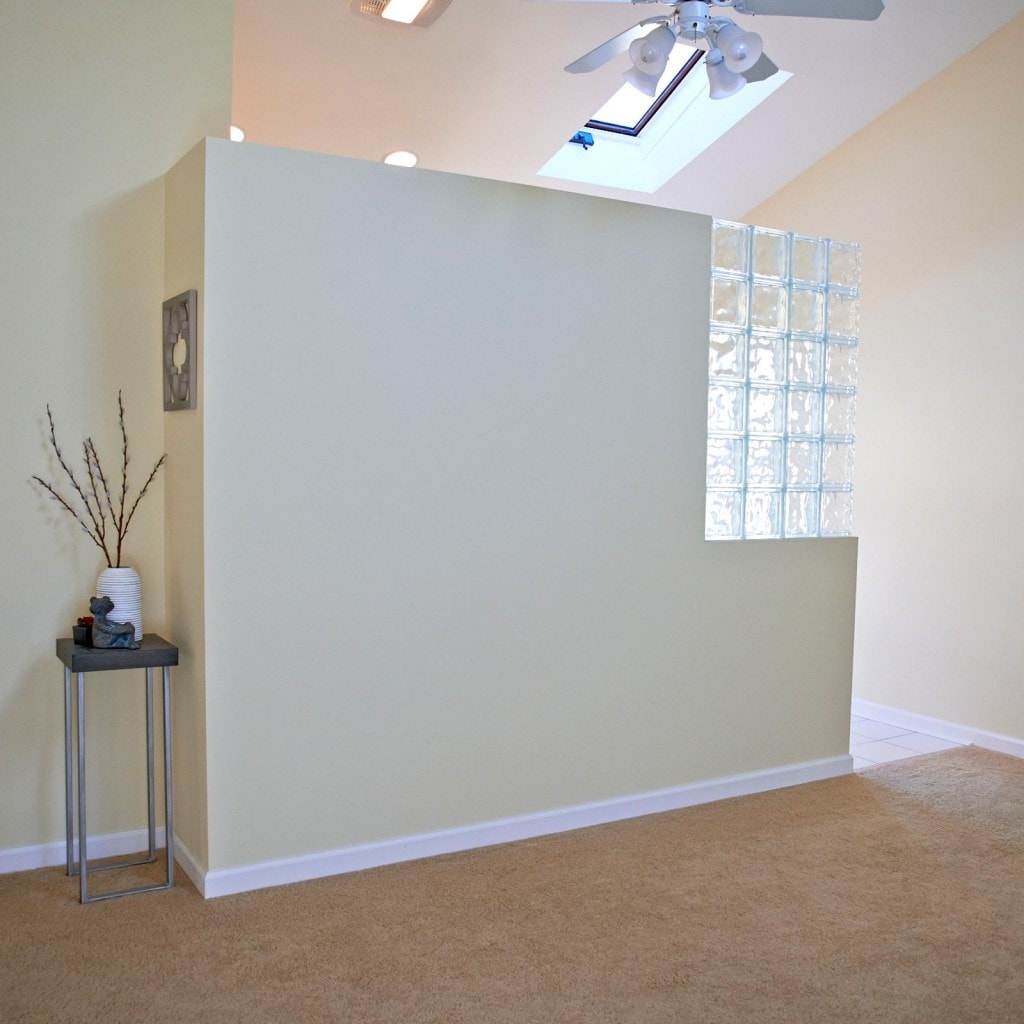 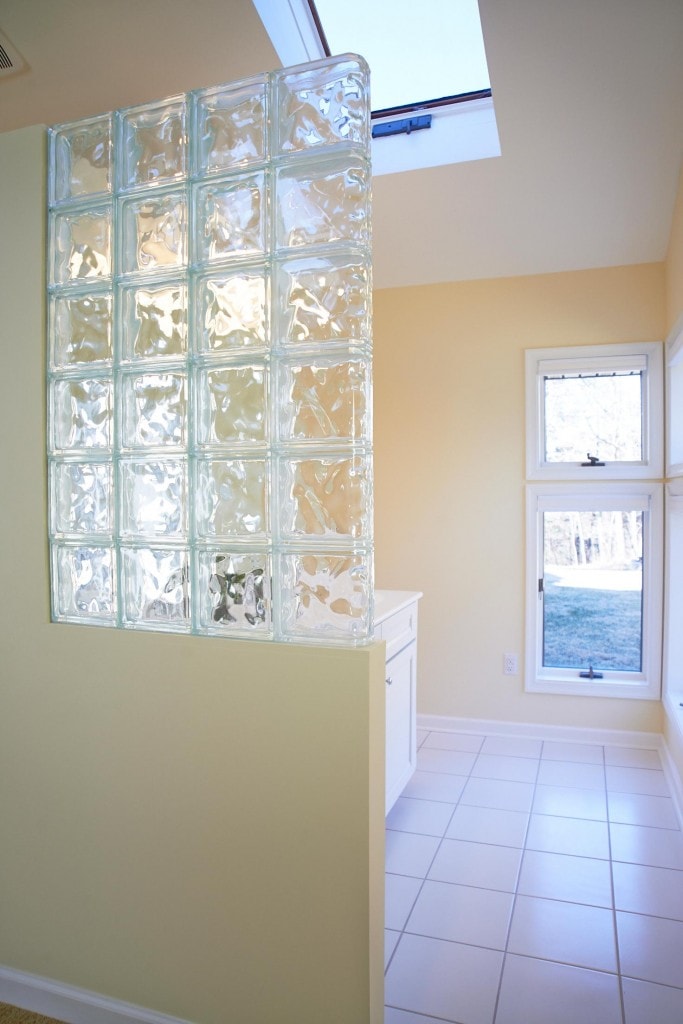 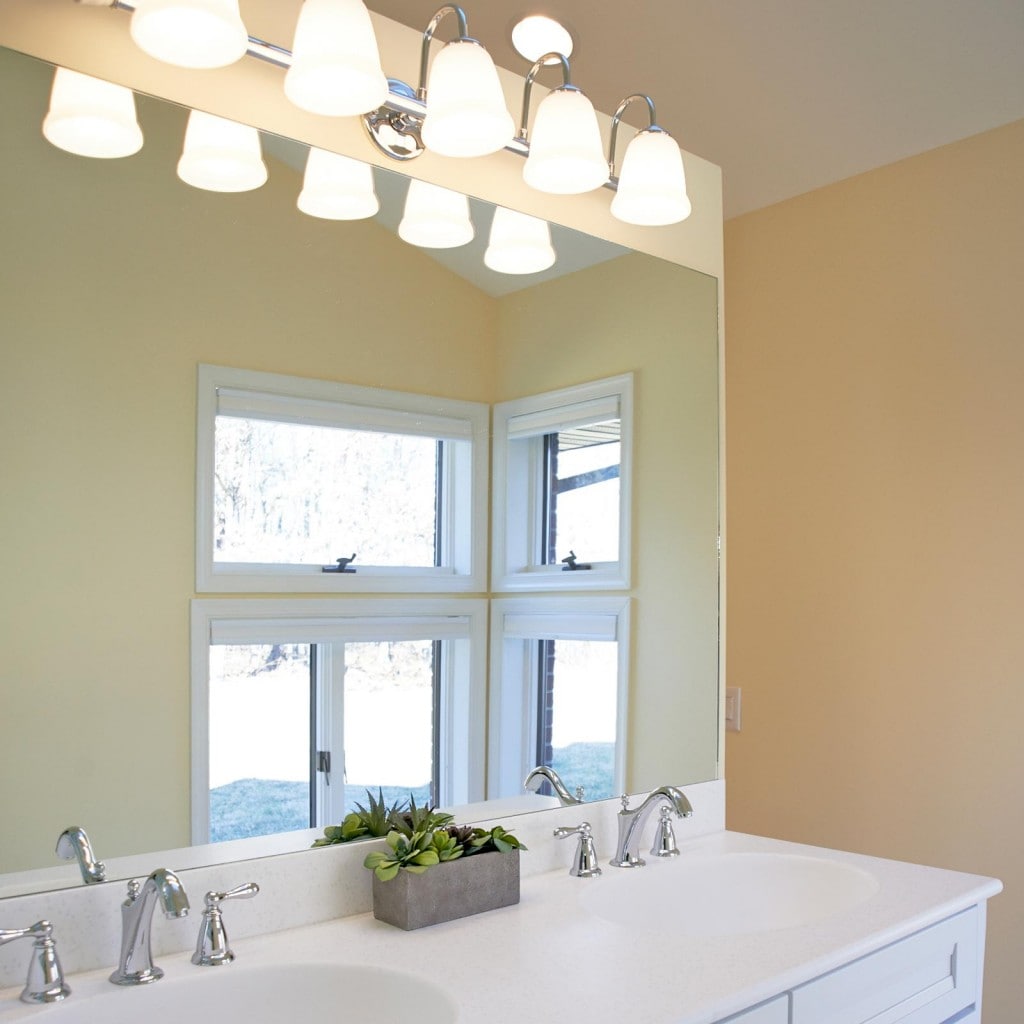 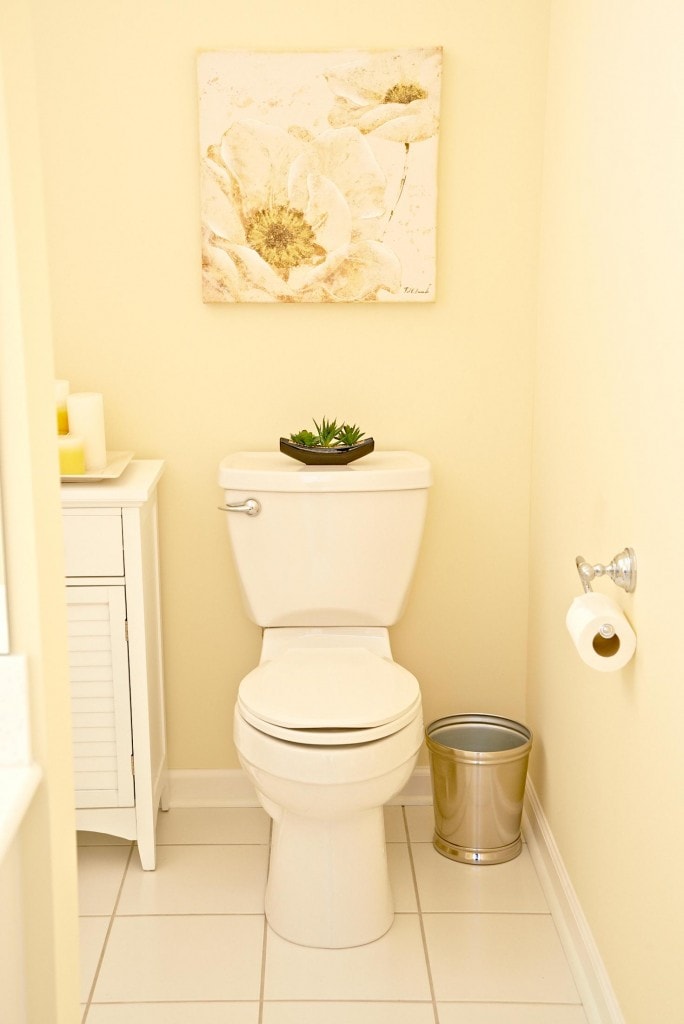